Any Palace Attempt to Force its BBL Version in Senate Will Likely Backfire – Sen. Marcos 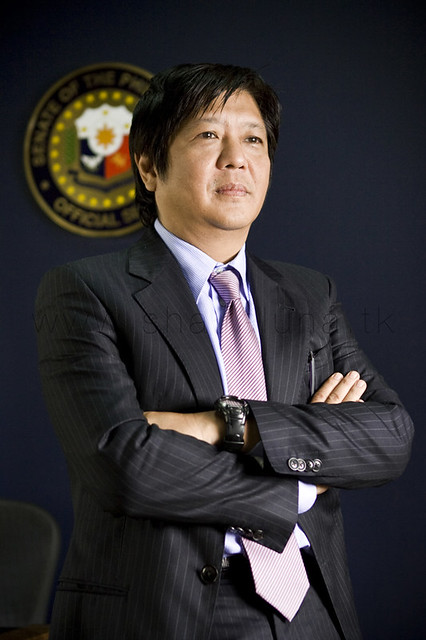 Senator Ferdinand “Bongbong” R. Marcos, Jr. today warned the Palace against making any attempt to prod the Senate into rushing the passage of the Palace version of the proposed Bangsamoro Basic Law, saying it would likely backfire.

Marcos, Chairman of the Senate Committee on Local Government, issued the warning after the Palace floated the idea that President Benigno Aquino III is willing to meet with the senators to discuss the BBL.

According to Marcos, he and the other senators are wary over what happened in the ad hoc committee of the House of Representatives, which abandoned its own version and swiftly passed a Palace version of BBL shortly after panel members met with the President.

“I hope it wont’ happen to us.  But I believe that’s not what the President has in mind because if that’s what the Palace would do I’m afraid the more the Senate will reject any version of the BBL that Malacanang wants to pass,” Marcos said in a radio interview.

He pointed out that at least 12 senators, including himself, have signed the report of Sen. Miriam Santiago, Chairman of the Senate Committee on Constitutional Amendment and Revision of Codes, which says BBL should be “substantially revised” to withstand legal scrutiny.

Marcos said Santiago’s report—submitted to his committee as the primary body tasked to deliberate on the BBL—will serve as their guide in addressing the constitutional flaws of the draft BBL.

And while he has no problem meeting with the President for a meaningful discussion of the BBL, Marcos said count him out if the meeting was meant to press the Senate into passing the draft BBL without amendments within the June 10 deadline.

“But if that’s not the purpose, then of course the input of all and especially the President would be important and we would welcome it,” Marcos said.

Besides, Marcos said that like other senators he thinks it’s still premature for any meeting with the President when his panel has yet to submit the committee report on BBL.

Such a meeting may only be necessary if the senator can’t agree on the version of BBL they would want to pass, according to Marcos.

Marcos said he needs to conduct one or two more hearing to complete his consultation of major stakeholders who were not consulted in the entire process that led to the drafting of the BBL. The last hearing is set on June 3, for local chief executives in the core areas of the Bangsamoro territory and adjacent areas.

Earlier hearings were devoted for the Moro National Liberation Front (MNLF), the Sultanates, and the indigenous people (IP) of Mindanao, which were likewise not consulted.

Because of this, Marcos said it would be difficult for the Senate to pass BBL by June 10, the last session day of Congress before it adjourns sine die.

Marcos said that with the senators they have more or less a tacit agreement that they will try to finish BBL by the Palace deadline. But if it’s not possible, it’s more important for them to get it right.

Aside from constitutional issues and the issue of inclusivity, Marcos said his panel will also have to address administrative, political, and economic issues raised against the draft BBL.

“The priority is to get it absolutely right. If we come in under the deadline, then fine. If not, then we’ll just have to adjust accordingly,” Marcos stressed. -- Senate press release